Merry Christmas and Blessings in the New Year! 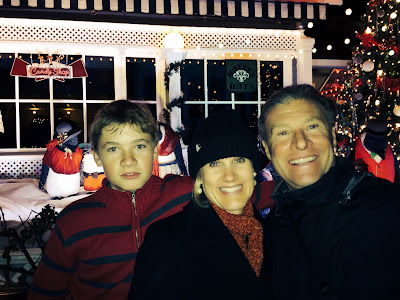 One of the most glorious aspects of Christmas is the wonder of the Incarnation: It is an amazing thing to think of the coming of the very son of God—God the Son—as is seen so clearly expressed in the Greek text in John 1:18: μονογενὴς θεὸς Monogenos Theos. God the only begotten—Jesus—fully God, fully man, has come to earth.

Yet He was not found in a king’s castle or robed in fine and expensive clothes. He lay there as a baby sprawled out in the feeding trough of a barn animal, wrapped in humble rags.  These were signs that only those with faith could see; here this humble king was neither from a respectable family of status nor wore earthly garments of prestige or power.  Straight from birth He purposely avoids any of the things earthly kings or those who have wealth and power take on, to display their power and status.

From the very beginning, He reaches out to us in our spiritual poverty and need, inviting us to come and find salvation amongst this humble King who assumes no earthly aspects found amongst the kings of the earth: He has neither an earthly castle, nor fine clothing, nor a standing army.

Nebuchadnezzar, Cyrus, Alexander the Great, Julius Caesar: These were all earthly rulers that dominated their respective empires: Babylonian, Persian, Greek, and Roman, by earthly power, brute force, and the power of the sword. Daniel the Old Testament prophet had prophesied they would rule in succession over their respective empires until the establishment of the Kingdom of Heaven at God’s appointed time. And then! “In the time of those kings a kingdom shall be established that shall never pass away…” Daniel 2:44. (To learn more on this subject check our video: The Intertestamental Period).

When King Jesus suddenly came upon the scene at God’s appointed time, He wore none of the garb of the earthly kings before Him, nor held any positional authority of a state ruler, nor sought to dominate by earthly power nor sword.

His kingdom is one of heaven coming down to touch us here on earth and it has been established forevermore. His irresistible love and grace continues to draw men and women through the centuries to Him by the power of the heavenly Holy Spirit that shows us what true power is really all about.

Kingdoms of men come and go: most of the kings of old have nothing left on this earth but a few old ruins and relics of the past to show us they were even here at all.

Jesus, however, invites us into a heavenly Kingdom that will never pass away. And we can rejoice, yes rejoice, that we, yes we, even we, by God’s sheer grace and mercy are citizens of this Heavenly Kingdom for now and evermore! Hallelujah!

The reformer Martin Luther, while pondering the wonder of the incarnation and the amazing glory of the King of heaven laying there in a feeding trough of an animal, so humble in His entrance into this fallen world, was inspired to write the famous Christmas carol “Away in a Manger,” which has remained a favorite through the centuries, that little song so poignantly expressing the wonder of it all.

We pray the peace of the eternal King of Kings and the glorious power of His Heavenly Holy Spirit be with you this Christmas and all through the New Year!