Merry Christmas and Blessings to You in the New Year! 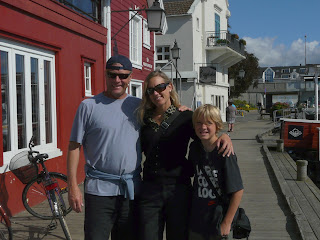 Luke 1:41-42: When Elizabeth heard Mary’s greeting, the baby leaped in her womb, and Elizabeth was filled with the Holy Spirit. In a loud voice she exclaimed: “Blessed are you among women, and blessed is the child you will bear!

Luke 2:27-30: Moved by the Spirit, he went into the temple courts. When the parents brought in the child Jesus... Simeon took him in his arms and praised God, saying: “Sovereign Lord, as you have promised, you may now dismiss your servant in peace. For my eyes have seen your salvation...”

The whole Christmas story is supernatural and miraculous from beginning to end. The Kingdom of God continues to be at hand for those who believe in the Savior, and the Holy Spirit’s power is available and works in those who have the faith to continue to believe for miracles.

May Christ’s Spirit work miraculously in your life at Christmas and all through the New Year, for the One who was born in a lowly manger to meet us in our spiritual poverty, gives us living water that springs up to new life, healing, and prosperity, as He leads, guides, and directs our steps.

Christmas blessings to you – Be filled afresh today and as you begin the New Year!!! 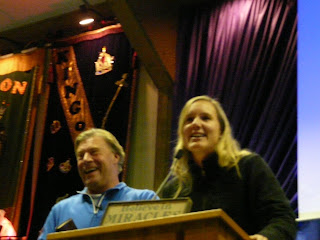 We have been experiencing the miraculous in dramatic fashion: We recently returned from a three-month mission trip in Europe.

We started off in England, a country we haven’t been in over ten years even while doing other ministry trips to Europe over the years. We originally expected to only spend perhaps just a few days in England on the way to other places where we would be ministering. However, God opened door after door, and we ended up spending a month ministering throughout the whole country. We drove 2000 miles in England alone, going through every corner of the nation and even into other nations like Wales and up to the border with Scotland.

We ministered in London and in many other places throughout England. One meeting in particular exemplifies how God supernaturally opened doors for us as we went, where we ended up ministering at a rather large church in North Yorkshire (large for that area of England with around 250-300 people) which wasn’t scheduled at all. A sister we were staying with felt led to call the pastor the very day they had a meeting to inquire about having us preach that very same night. I must say I had no expectation that a last minute call on such short notice to a pastor of a rather large church would result in anything happening at all on the same day, since most places are usually very busy and require things set up far in advance, especially in Europe and that goes double for the UK—the miraculous nature of what took place reflects how God desired to lead us continually in what was impossible with man and was made possible by Him.

The pastor replied to our friend that he had a very unusual situation: A scheduled speaker who never confirmed and whom he didn’t know personally was set up for that night, so he thought we should come over to the church that evening and be ready to do a song or share just a short testimony. However, if the scheduled speaker didn’t show up, he said we may end up doing the whole meeting. Well, whomever Daniel—the scheduled speaker—was, he never showed. The pastor even called his name a few times from the pulpit. After no response, he said, “Bryan and Mercedes if you’re up for it, I feel led to have you do the whole message and then have you minister to the congregation.” We were blown away at such openness to the Holy Spirit’s spontaneous leading in this pastor—not the norm in Europe—and went on to have an incredibly blessed message that we both shared giving, and a very, very powerful ministry time going very late into the evening. The pastor said afterwards, “I felt like God’s anointing was on you when I met you before the meeting and that was definitely confirmed when you preached and ministered together—wow what a team!” We were definitely blessed, buoyed, and blown away at how God did all that with one phone call of faith from our friends Diane and Dave who we were staying with.

We had many other powerful things happen like this in England as well as in France, Sweden, and Norway as we ministered throughout what has become the world’s least evangelized continent. We’ll share more in our upcoming newsletter shortly—yeah, I think I said that before but the holidays get pretty busy so we’ll have it out soon.

Back in the States

We just did a conference on the Reformation up in Santa Barbara a couple weeks ago as well as preaching in the church there in Isla Vista. We had a radical Holy Ghost visitation as we shared about the Revelation of the Grace of God that revived the European continent centuries back and the outpourings of the Spirit that followed in its wake.

We also shared about our recent ministry trip to Europe and how the Lord guided our steps, including to the places where the Reformation took place.

God moved powerfully in the conference to the point that even we who were leading it found ourselves on the ground getting min- istered to by the Holy Ghost—just mind blowing!!!!! The Word of God is a double-edged sword that swings back upon those wield- ing it sometimes—Glory!!!

We also had the opportunity to witness and even lead some people to the Lord while out on the streets doing some outreach in the middle of the college party mayhem in Isla Vista that same weekend—Praise God!!

The Lord continued to move in power as we ministered in the church there on Sunday; we just had such an awesome visitation of God's presence the whole time.

We recently ministered at a conference on the Jesus People in the desert and had an awesome time sharing about some of the wild times out in that area with Lonnie Frisbee. In fact we took a hike up old Tahquitz Canyon and ended leading a young lady we met to the Lord and her friend into the filling of the Spirit and had a powerful encounter with the Lord under the waterfall up there where I was reminded of a vision I had after an accident in France of God taking us higher!! All right in the same spot where Lonnie had his encounter with Jesus years back.

We also preached at the Laguna Niguel Vineyard's Hispanic service a few weeks ago, as well ministering at the youth group there before that; we had an awesome move of God at both services. In fact, a fresh wind of the Spirit blew through the congregation as we ministered at the main La Viña service as the Holy Spirit filled many with fresh fire. Our friend said he'd never seen the pastor get so enthusiastic—he jumped on the microphone and encouraged everyone there to come forward and press in to receive all that the Lord was pouring out as a fresh wave of power washed over the congregation with glory and power.

We’ve also continued to see the Lord touch quite a few unlikely folk who you wouldn’t normally associate with a move of the Spirit—those with quite varied backgrounds like Nazarene and other mainline denominations who have been getting filled with the Spirit and ministered to and even healed. In fact, a young guy named Brandon just had his shoulder healed when we prayed for him at a Prayerfest at our friend Jeff’s place, where we were having this time of God moving amongst us. Praise God!

We just had an awesome time doing the Christmas service with Peter and Colette Crawford out at Goodnews church in Riverside where we had a great time experiencing the Christmas joy of Jesus perfect love as we reveled in the righteousness he has credited to us who have believed upon him and his finished work given to us by faith alone!!! 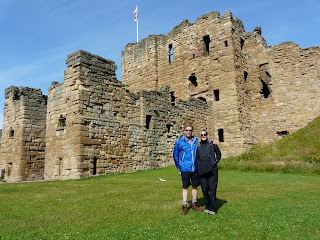 On a Personal Note:

Patrick is in 6th grade now and continues to enjoy surfing both long and short boards and skateboarding and biking and playing army with his friends. He even spoke at his first meeting at the La Viña youth group. We are continuing to catch up on things after being gone for three months which has a way of turning life a bit upside down. We had the opportunity to visit Colorado for a family wedding after returning from our Europe ministry trip which also gave us the chance to do a little hiking and fishing (the best freshwater fishing we’ve ever experienced) as well as a 24-mile bike ride that ended with a 1,100 foot climb straight up a mountain that definitely gave those legs a good burning, not as bad as Bryan’s recent sting-ray encounter but still quite the burn!!

We truly appreciate all your prayers and support and pray you have a Merry Christmas and blessed New Year!!!! 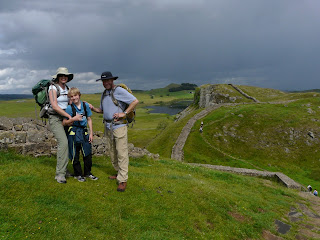 English scenes and views
Posted by Bryan Marleaux at 12:51 AM