Hope your Christmas was a blessed time.  In between doing an evangelistic outreach at a college in the Bay Area and other ministry (update later) and attending a wedding and trying to throw a few things together for Christmas Day that was fast approaching, a few things came about and come to mind that we thought would be cool to share before our year-end update letter later on. Did I just say years-end? Wow! The New Year is just around the corner, boy how time flies!!!  Anyways, check this out:

If you desire to donate where your money does not build mansions and fancy lifestyles then this is the ministry you have been looking for to give your support to. Grace World Mission. Please pass this on to others in your own network.

We know Brian and Mercedes and have seen the fruits of the Holy Spirit in their walks with God. Lonnie Frisbee personally laid his hands upon this couple and prophesied their ministry before it came to pass. He imparted into their young lives the things of God and the unction of the Holy Spirit. They move in divine appointments in much the same way that Lonnie Frisbee had moved in them. They enjoy many of the same blessings that Lonnie has been noted for. Evangelism, healings, deliverance's, and wonderful teaching of the Living Word of God are just a few of the attributes that come forth from this incredible husband and wife team.

They have a God given powerful vision for ministry teams goingout far and wide preaching the Good News of Jesus Christ. If you desire to give of your tithes and love offerings where it will do the most good for the kingdom of God and won't be misused you would do well to support Grace World Mission.

Seriously folks this is what you have been praying about and desiring, a place where you know your support is actually needed and used for what you have wanted for so long. No more frustration and disappointment seeing your gifts going to ministries that abuse the privilege of serving you and the Lord Jesus Christ.

What you will hear is the amazing and powerful stories of people coming to know their Lord and Savior. You will hear stories of New Testament type deliverance's.  You will hear of how God has used your tithes and offerings to do the work of the Kingdom for His glory and honor.  http://www.graceworldmission.org/

Thank you and may you pray about supporting Grace World Mission today! 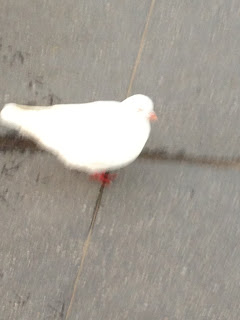 (If you would like to see his entire posting you can go to his blog: )
http://shekinahfellowship.blogspot.com/2012/12/if-you-desire-to-donate-where-your.html

Here's a video from our friend Erik Janssen talking about our ministry:
http://www.youtube.com/watch?v=6o5xbAlKUtY

A video from our good friend and one of the fathers of the Charismatic Renewal Harald Bredesen talking about our ministry:
http://www.youtube.com/watch?v=TYtTLR5K_pY
Posted by Bryan Marleaux at 1:50 PM No comments: 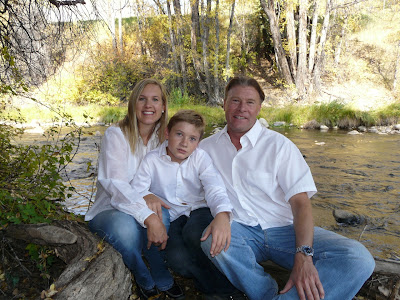 MERRY CHRISTMAS AND
MANY BLESSINGS IN THE NEW YEAR!

It is such an awesome time to think of how Christ came for us sent from heaven to reach into our lives. A couple of Scriptures that come to mind this Christmas season are:

Luke 2:14 “Glory to God in the highest heaven, and on earth peace to those on whom his favor rests.” The Son of God gives peace in the heart, a peace that passes all understanding, to those who receive him as Savior. His favor rests on those who receive Him by faith through grace by believing upon his Son!  For grace is unmerited favor!  When we receive Christ His favor rests on us freely not by anything we have done but by His grace through faith in what He has done for us, Hallelujah!

As well as this Scripture in John 1:11-12:  "He came to that which was his own, but his own did not receive him. Yet to all who did receive him, to those who believed in his name, he gave the right to become children of God."

Jesus came right to those who had the very prophecies about His coming. However spiritually blinded as they were, they weren’t able to see the fulfillment of the ancient Scripture right in front of them.  Yet those who opened their eyes and believed in Him were born anew as children of God.

Christ continues to reach out through the ages! He has reached us who were on the fringes looking in, while those He came directly to refused Him, such an enigma, but praise God he opened our eyes by grace. He has paid the price for sin, and those who by faith receive Him and His free gift of pardon are adopted into His heavenly family.

What an act of humility when you think about the very son of God’s willingness to be born in a manger—to enter earth so humbly and hidden.  Yet those with faith who perceive who He is and believe find glorious salvation.  It is amazing that we who receive Him as Savior are adopted as his very own children.

May the wonder of the little child born in a manger who reaches out with such grace and mercy to a lost, broken, and sinful world drenched in strife and senseless violence, be made new in your mind and heart this Christmas as you remember that the very Son of God robed in glory made His entrance into the world in the most humble circumstance to reach out to us in our fallen state.

It is such an awesome thing to remember that no matter where you go or what you do you are a child of God by faith in Jesus and that He is with us and will never leave us nor forsake us, no not ever!!  The world may fail and nations may fall but His Kingdom endures forever!!!

Many blessings to you this Christmas! Bryan, Mercedes, and Patrick Marleaux