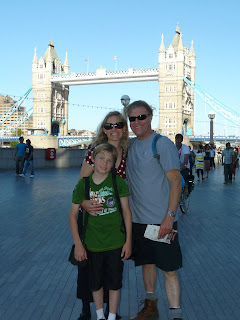 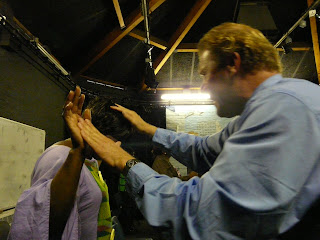 We had a very powerful move of God when we preached in London, England this week. In fact one of the elders of the church had three of his sons get powerfully baptized in the Holy Spirit for the first time as well as some other kids who got powerfully empowered by the Holy Spirit too. One of the elder's sons had been quite far from God and was brought into a new relationship through God's touch.
We had absolutely no jet lag at all even though we had just arrived--thanks for your prayers! We did have some intense spiritual warfare just trying to get into Europe. For the first time in over 10 trips to Europe we were held for some time and questioned--more like grilled--extensively and basically had some accusations that had no application to us leveled at us for no reason, until they came to their senses and realized we were Americans and not trying to emigrate to Europe.
We have a more extensive update with lots of miracles, divine appointments, and lots of other stuff that God has been doing, check it out by clicking here: http://www.graceworldmission.org/news/pr_summer_2011.html
May God's richest blessings be upon your life!
Bryan, Mercedes and Patrick Marleaux
Posted by Bryan Marleaux at 3:42 AM