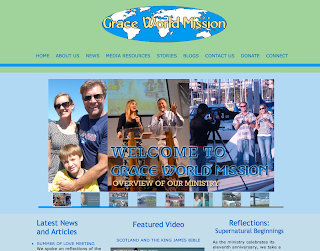 Other available resources and useful tools:

Pretty wild to be putting up a new website, it makes me think about my first introduction to the Internet way back when: I was working at a publisher and a colleague brought in this thing called a modem. “I can communicate with other computers with it.” he said. “What is the point of that?” I said dismissively…

With that great insight into the future we proceeded to find ourselves in the middle of this crazy dot-com boom and then suddenly bust. That was about the time we decided to finally get a clue and get on board and join the Internet party and launched our website—right when nobody cared about the web anymore, yay!!!

But it came right back around and everyone started to figure out well, yes I guess the web does have some actual uses. Yep, you can actually get access to a lot of helpful materials these days that actually don't freeze up every ten seconds.

So times have changed a bit If you’re using a halfway decent computer and not still on Windows 95 or AOL dial-up, guess what? You don’t have to go make yourself a ham sandwich and read the newspaper while you’re waiting for that confounded video to finally download. Yes, the modern age has arrived and you can actually get through a twenty-minute video these days in twenty minutes—what a concept!

We’ve geared up for what the web is best used for and have put together numerous video and audio programs on a plethora of subjects from Biblical Studies, Christian History, Missions, Signs and Wonders, Divine Appointments, and more. We have now actually begun to arrange them into cohesive playlists where you can easily find and watch and listen to audio and video programs from genres that relate to one another, we’re actually getting organized—miracles do happen!

All this hard work nobody paid us to do made us think we’d be real gluttons for punishment and do some more. So we slaved away—chained ourselves to the keyboard—and lo and behold after our skin has turned a few shades whiter locked inside with fluorescent lights, a new web page is born. While we were at it we thought, torture has its redeeming side too so why not rearrange everything.

A little background on our Audio and Video programs:

We’ve had the privilege to minister in numerous countries in Europe, Latin America, Asia, and Africa, and on our last mission trip to Europe—we’re about to leave on our eleventh—we were in over 17 countries, including: Kosovo, Romania, Switzerland, France, Sweden, Norway, Ireland, Scotland, England, Germany, Slovenia, Croatia, Serbia, Macedonia, Bulgaria, Hungary, and Italy.

While traveling through many different places I began to notice that many people’s knowledge of Christian history in the Body of Christ was pretty slim to nonexistent.

Some years ago while on a mission trip deep in Southern Baja, Mexico, where people don’t even have running water, I noticed that in spite of lacking some of life’s main essentials, everyone still had a TV with a DVD deck and a radio with a CD player. Even small plywood shacks with dirt floors had them. Yes, TVs, DVD players, radios, and CD players are more accessible than running water.

With that revelation we began to put together video and audio programs on different biblical and historical figures and topics, while using the same formats even people living in plywood shacks with no running water had access too.

One thing you learn quickly is that it takes a lot of resources and time in the research, recording, filming, and editing to produce even a short video. In spite of that, we have done our best to offer these videos free on the web, even though it isn’t free for us to produce them, while most other ministries charge for their resources. We have a passion to see the Body of Christ get built up and edified. It is essential to know how the truth of God’s Word and power of His Spirit has continued to change lives and shape history through the ages.

Do It Yourself! What?

A lot of this teaching and information is hard work to come by. I spent a small fortune at Seminary and wasn’t learning things about Christian History I thought I should and then heard the professors say: “Well, you gotta go do the hard work yourself and do research on your own,” when I asked some questions. And here I thought I was paying this overpriced institution all this money for that reason! “Why am I paying them all this money then and why do they need a salary, a parking spot, and so much more of my tuition money all the time then, if we gotta do all the work?”

Well, in spite of my complaining I still had to learn the vast majority myself, through God’s help and my own personal studies. Instead of just figuring out what case and declension that Greek word was in, we might have spent more valuable time learning how God’s power filled people like Charles Finney, and why he was used so radically by God. Well, at least I learned some $1000 dollar words, anyone up for a “paradigm shift”?

When I had an American Church History professor who didn’t even mention the “Azusa Street Pentecostal Revival” while covering that period—we’re only talking about one of the most important Christian events in the last century here—because “we have more important things to discuss” I knew then that we needed to produce our own materials.

So we have sought to focus on many important aspects of Christian History while avoiding some of the extraneous details that typically bore everyone to sleep. You know, looking back, I remember that somehow that Church History Professor still managed to bore everybody to tears and then even squeezed in “The Birth of Fuller Seminary” in spite of all their “more important things” to discuss.

So we’ve been hard at work and have sought to produce materials that can inform and inspire while focusing on important acts of the Holy Spirit working throughout the ages. You can watch and hear some important biographical accounts, reflections, and insight as well. It is information you should get (but probably won’t) in a seminary and beyond, as we seek to focus on relevant topics in God’s redemptive acts through the ages: In-depth Bible studies of books like Galatians and Acts, to testimonies of missions, miracles, and divine appointments, as well as important historical events like the the Reformation and how God’s revelation of grace in Martin Luther’s life changed the course of Western History.

These materials are in both English and Spanish because shooting two videos of the same topic twice is four times the work—or something like that—either way it is way more work and who needs that. Moreover, English and Spanish are the two most spoken languages in the world, so you can actually learn another language while listening.

We are open to suggestions of re-shooting solely in English, or solely in Spanish, only if your suggestion is accompanied by a large suitcase filled with cash (small bills only please). Otherwise, try to practice Ephesians 4:29 “…let everything you say be good and helpful, so that your words will be an encouragement to those who hear them.”

We do give permission to copy or duplicate our stuff; however, throwing them like frisbee's and beverage coaster use for DVD’s and CD’s (which we actually have seen some crazy kids at churches do) is strictly prohibited.

It may be noticed that we are human in some of our work and didn’t cover every aspect of a topic, or missed a point or two now and then. Working for free has its limitations!

In spite of being a bit direct with my jokes and references of my Alma Mater Fuller Seminary (they were the ones always saying I needed to learn to think critically- why not start with them) miraculously some of our materials are actually now in their David DuPlessis Center for Pentecostal and Charismatic Studies as well as in the MacAllister Library. Being direct and having a sense of humor hasn’t barred us from being included in the lineup there—they actually even paid us for some of our materials—so I’ve gotten 1/100,000 of my tuition money back.

Lastly, on a more serious note

We do live in some incredibly changing times. The advent of the computer and computer programs together with the Internet give us the ability to create and edit audio and video content like never before seen. What used to require enormously expensive machines and production equipment that only Hollywood movie studios and music production houses could afford can now be done on a decent computer. There hasn’t been a technology sea change like this since the days of Gutenberg and the invention of the printing press. So, just like those students who took Martin Luther’s writings, reprinted them, and spread them all over the world shaking the nations, we also, like Paul, intend to “use every means available” (1 Cor. 9:22) to further the cause of Christ and build up His Body until the day of His return……

What!? He didn’t come back on May 21st !?! Oh no—stop running up those credit cards, looks like we’re gonna be here a little longer!!!

Hopefully you can take the time to check some of our stuff out!

Posted by Bryan Marleaux at 2:35 PM